This is an interesting time for Bangkok condo investment. Pandemic-induced discounts are long gone while real demand is returning. Meanwhile, developers are beginning to launch new projects in this segment after nearly two years of inactivity.

There are also other factors to consider, such as the US dollar’s newfound strength against the Thai baht. With that in mind, here are some facts you should know about Bangkok condo investment right now.

4 facts you must know about Bangkok condo investment right now

After two years of decline and stagnation, domestic Bangkok condo demand rose steadily between October 2021 and March 2022 in a sign the situation is improving. More activity is obviously good news for investors.

According to data from Dot Property Group, domestic Bangkok condo demand increased by 27.7 percent between the fourth quarter of last year and the first quarter of 2022. The increase in demand is aligned with daily life in Bangkok returning to normal. In-person work has resumed, and Thai buyers are exploring what’s available on the condo market in locations closer to the office.

The Greater Sukhumvit area had the highest amount of Bangkok condo demand among both domestic and overseas buyers. That being said, each group is expanding their location preferences. Domestic Bangkok condo demand diversify away from the Bangkok core with 6.9 percent of all domestic inquiries between October 2021 and March 2022 in the Bang Sue, Chatuchak Lat Phrao districts. That area is home to Bang Sue Grand Station; SRT Red Line and Light Red Line; and MRT Brown Line among others.

Meanwhile, the east suburban area of Suan Luang and Bang Kapi received 5.7 percent of all domestic inquiries between October 2021 and March 2022. This area will be served by the MRT Orange, Brown and Yellow Lines with all three meeting at the Lam Sali Intersection in Bang Kapi.

Oversea demand is more concentrated in Bangkok’s prime location: Greater Sukhumvit, the CBD and Central Bangkok. Interest is increasing along the Riverside though with the area accounting for 8.1 percent of all international inquiries during the past two quarters.

Several of Thailand’s largest homebuilders have come out with positive statements about the Bangkok condo market in 2022. AP is launching five condominiums this year after seeing interest for units pickup to end 2021.

“Our presales were entirely from existing projects as we had no new condo projects launched during the period. Most were either completed or nearly completed projects,” Khun Kamolthip Bumrungchatudom, AP Chief of Condominium Business Group, reported. “Condo supply and demand almost match in some locations as developers cut new launches during the past two years.”

Sansiri and Supalai also recorded an uptick in condo sales and transfers with the latter going on record to predict a full Bangkok condo market recovery by year-end.

“Condo sales clearly recovered in the fourth quarter of 2021, resuming in the first quarter this year with our best results in five quarters despite a peak in COVID-19 cases during that quarter,” Supalai Managing Director Khun Tritecha Tangmatitham noted. “Good sales in the condo market were among completed and ready-for-transfer units as the prices were rarely increased.”

The US dollar to Thai baht exchange rate surpassed the 34 to 1 mark in late April and has stayed above that level for a month. This is the strongest the dollar has been against the baht in nearly five years which is good news for those considering Bangkok condo investment and using American currency.

It remains to be seen how much further the dollar will strengthen against baht. The last time there was a sustained exchange rate of 35 to 1 was March 2017 while a 36 to 1 rate was last reached in January 2016. 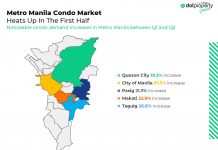 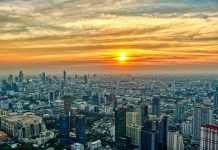 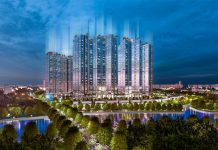 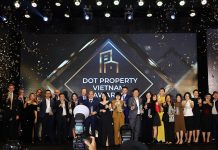 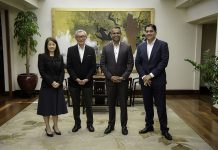 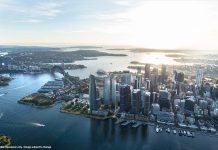 What role is climate change having on real estate investment?